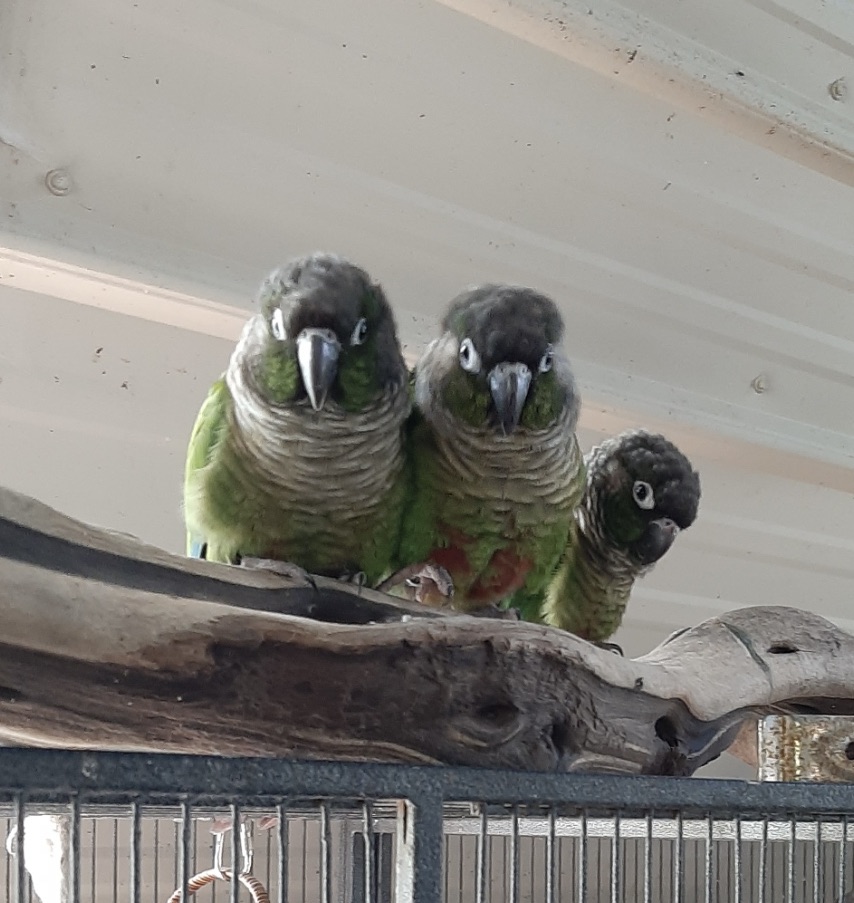 My two green-cheek conures, Jade and Emerald (Emmie), lived with me for six years. When they came to my home, I had other birds so there was a small “flock” in our house. Over a five year period, the other little birds passed one by one, and I didn’t adopt any others. When Jade and Emmie were finally the only two in their flock, they began showing me they weren’t happy about it. Even though they flew free in their room and had everything they’d had for six years, they weren’t happy and let me know in a variety of ways that really took a toll on our relationship. It took me about one year of struggling with the idea that maybe my home was not the best for them any longer and perhaps they needed to live elsewhere. I had never rehomed an animal, and had to deal with so many conflicted feelings about possibly letting Jade and Emmie go. I felt as though I’d failed them in some way. We had several sessions with Teresa and I was able to finally come to a place of sad “peace,”  if you will, about them truly needing more than what I was able to give them, especially other birds with which to flock.

To my great surprise and happiness, I found a bird sanctuary an hour and half from my home! Berkshire Bird Paradise. I called them and had a wonderful conversation with the owner/founder, Peter Dubacher. I then made an appointment to see the place. This is a “forever home” for birds of all kinds. Pete does NOT rehome birds and lets the birds fly free when possible. I knew this was the place for Jade and Emmie, as they truly want other birds more than humans (they said this!) and having them uncaged is important to me. Also, with them at a sanctuary, I knew I would be able to visit them and never worry about what “new owners” would or wouldn’t provide for them.

So I put plans in place, and on Mother’s Day of this year (2022) I brought Jade and Em to their new home. Within thirty seconds of being there, another green-cheek conure flew to their travel cage. It was obvious that a connection was in place already. The new “friend” stayed on or near Jade and Em’s travel cage the entire time it took me to set up their giant floor cage (Pete and I agreed not to let Jade and Em fly free until they’d acclimated). The new friend remained on top of their floor cage once my two were safely inside.

I went to the sanctuary the day after dropping them off so that they would feel reassured and so I could check in with them, and I saw that their friend was still on top of their cage. It was also obvious that Jade and Emmie wanted OUT so…we let them out. They had a physical interaction with their new friend which clearly “worked something out” and established their friendship. They then flew around the room together and explored their surroundings.

About three months ago, I noticed something odd about Jewel. It took me a minute to register that she had no upper beak! Her lower beak was intact and her nostrils were apparent, but she had no upper “hook.” I could see her tongue. I was alarmed and upset- I’d never seen a  bird with no beak before.

I called Pete in and we had a long talk. He’d seen this many times before and was unconcerned. He said, “Don’t worry, she’ll adjust and get along fine.” It took more than that conversation to help me feel settled about the situation. I made a little mash for Jewel and she ate it right up. I wondered if I should bring her home with me and take to her a vet. Then I reminded myself that not only did I not know when Jewel lost her beak, as I hadn’t seen her in three weeks, but also, Pete has been working with birds his entire life and his experience is certainly nothing to take lightly. I called him the day after this particular visit to ask more questions, and felt a bit more reassured after our second conversation.

Three weeks later, I returned to visit and volunteer my time.

Jade, Emmie and Jewel flew to me to greet me. Jewel seemed well. Clearly she was getting by and adapting, as Pete assured me she would.

Another volunteer was there that day. As she and I talked about the situation, the three conures were sitting on a rope perch, several feet above us. We talked as we watched them. Suddenly, we realized something unusual was happening. They were sitting in this order: Jewel, Jade, Emmie. We saw Jade put his face right in Jewel’s face and he seemed to be doing something and focusing on her mouth. She let him. Jade then turned to Emmie and focused on her mouth, then back to Jewel. We then saw that Emmie was “chewing”…and we realized, with amazement and open hearts, what was happening. Jade and Emmie were feeding Jewel as if she were a baby bird. It was the sweetest and most loving thing to witness.

Jewel has fully adapted to having lost her beak. She eats well and manages just fine on her own. But to this day, we still see Jade and Emmie feed her. It’s made me realize that despite all of the angst and sadness and struggle I  went through in making the decision to move Jade and Emmie to a more suitable home, clearly their friend and soul mate Jewel, needed them. The three of them needed to be together and be the family they were destined to be. To have played a part in bringing them together is an honor. It reinforces the amazing ways in which the Universe guides us and all the ways in which we are connected.

And…..the three of them have become parents! How amazing for baby conures to have THREE loving parents! The three adults made a nest high up near the ceiling of the building in which they live, which is called the Kiki Parrot Pavillion. They carved out a hole in the wall for their nest, (because conures wouldn’t be conures if they didn’t carve and pick), and we can hear loud, smaller, demanding voices from within. And though I refer to Jewel as “she”, I truly don’t know if she is “she”, so either Jewel or Emmie laid eggs.  They are a LOUD, caring family!

For anyone interested, Berkshire Bird Paradise has an interesting history, which can be read here: www.birdparadise.org. It is the home of steppes eagle “Mitch,” an eagle from Afghanistan who was shot by someone, and then saved by Navy Seals. (There’s a book written about him titled, Saving Eagle Mitch, a great story.) All birds are safe and have a forever home with Pete.

And I rest peacefully knowing how happy Jade, Emmie, and Jewel are.

A Great Soul Has Left the Earth: A tribute to my beloved mentor and friend Dr. Jeri Ryan, Animal Communicator and Psychologist 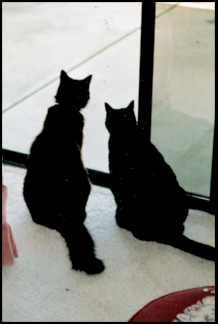 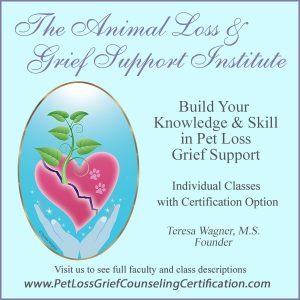 Thank you for visiting my blog. It is a place for me to share stories from and about animals, love, loss and healing. The articles are primarily written by me, but some are from my colleagues who have graciously allowed me to share their words here.

All of my life I have known that animals, just like us, have souls. I can’t explain how I knew this. Certainly no one taught this to me as a child. I just knew when I looked into the eyes of any animal that we truly are the same inside. I just knew, and I have never, ever doubted it. Every animal I’ve ever loved, seen, touched or talked with over the years has only confirmed this knowing. Science plays a valuable role in our earthly lives, but there are some things for which scientific proof is entirely unnecessary and irrelevant. What we know in our own souls is one of these things.

I believe that it is our duty and responsibility to care for animals—not with dominion over them, treating them as lesser beings or commodities, but to protect and care for them as peers, our precious soul peers on earth.

I also believe that writing—sometimes even one quote—can become inspiration, encouragement and healing for another. We are all here on the earth together, to help and care for one another as we can. If the humble offerings of this blog may help you and the animals you love and care for I am grateful.

If you are interested in learning more about me, just click on About Us at the top of the page. Wishing many blessings of love to you and your animals,
Teresa 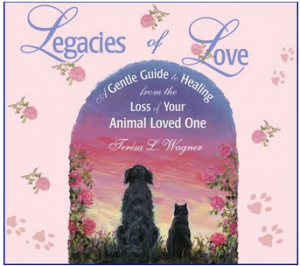 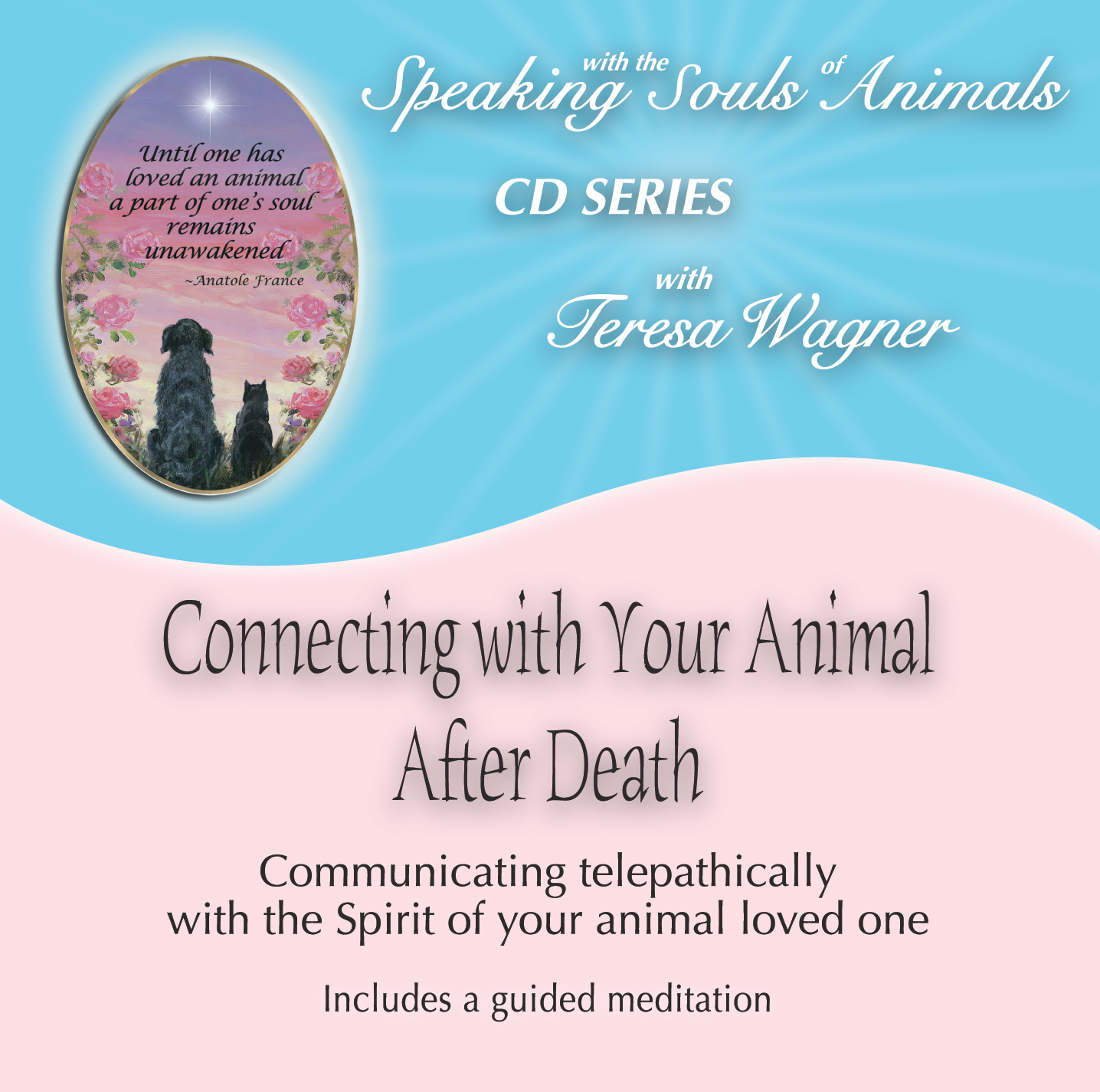 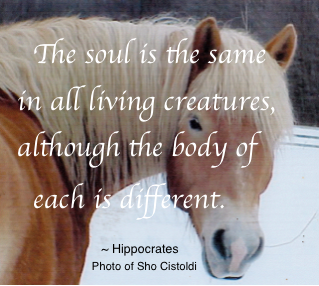 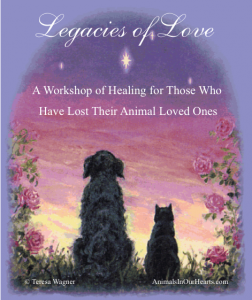